Half of this Grade 1 listed building was stripped of its deteriorated grotesque gothic stucco profiles and adornments, we were then commissioned to supply exact copies. This was the first Grade I listed building to have been granted the use of reconstituted stone by English Heritage.
Typical grotesque Gothic features include the Green Man, Bat-on-Tunn and Gargoyles. These sit with the more traditional elements of tracery, label moldings and cornice work.Particular attention was made into producing a colour and texture to match that of the original building which had previously been unsuccessfully attempted during earlier phases of restoration. 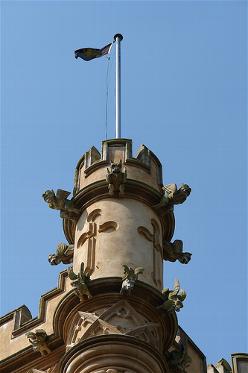 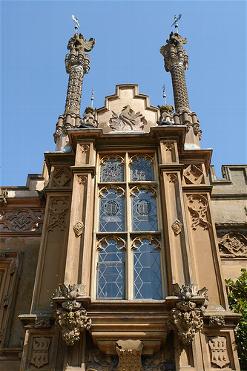